On the basis of application, the area sensors market is segmented into equipment protection, object detection, picking systems, personnel safety, and positioning & examination, among others. Area sensors find applications in various industries, such as food packaging, pharmaceuticals, electronics, automotive, and material science, among others. 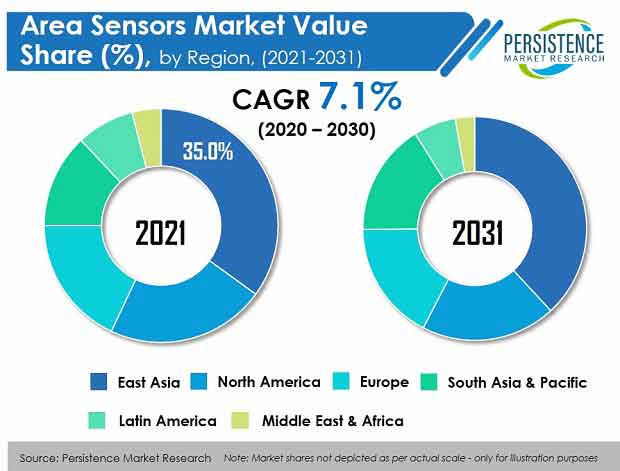 The area sensors market in SEA & Others of APAC region

Moreover, growth in the food packaging sector has a significant impact on the area sensors market. Area sensors are being increasingly used in various industries to enhance the overall functional efficiency, convenience, and precautions.

The growth in area sensor markets across the globe is driven by their increasing demand in the food and beverage packaging applications sector. Increase in the number of food and beverages industries and growth in the demand for canned and packaged foods are important factors driving the area sensors market. Area sensors are being increasingly used in the packaging sector to enhance the industrial efficiency, convenience, and precautions.

Increase in the number of electronic component manufacturing industries as well as the need to eradicate humane errors in the assembly of electronics and automotive components are important factors driving the area sensors market. Companies offer customized area sensors based on the requirements of companies.