The U.S. is expected to be the most lucrative market for facial rejuvenation in North America. According to the American Society of Plastic Surgeons, more than 14.2 million cosmetic minimally invasive procedures were performed in 2015 in the U.S.

Besides, extended efforts are been made by various facial rejuvenation product manufacturers to increase their market footprint by undergoing collaborations, partnerships, and acquisitions with different local facial rejuvenation product manufacturers, e.g., Merz and Teijin signed a partnership agreement to Bring Xeomin (incobotulinumtoxin A) to Japan in 2017. 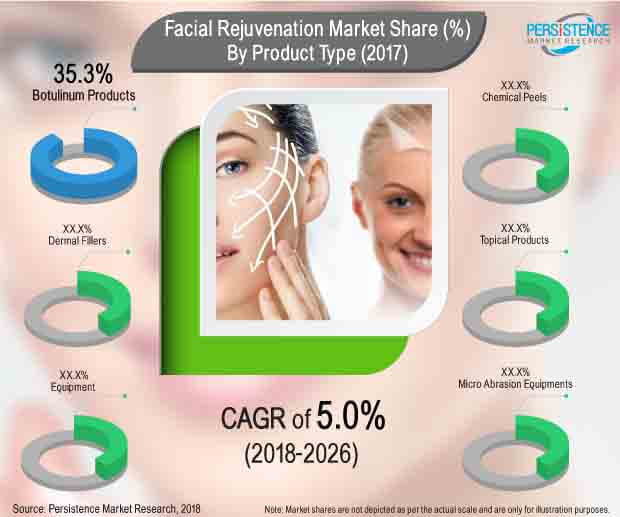 Factors and Trends Impacting the Growth of the Facial Rejuvenation Market

The Global Facial Rejuvenation Market is Segmented Based

According to a latest research by the company, the global antiseptic bathing market is anticipated to account for over US$ 549.3 Mn in terms of value, by 2026 end..

The global market CAGR estimated for the assessment period 2017-2025 is 4.2%. The market for stromal vascular fraction is currently in its nascent stage, and awaits the establishment of the safety and efficacy of SVF devices..