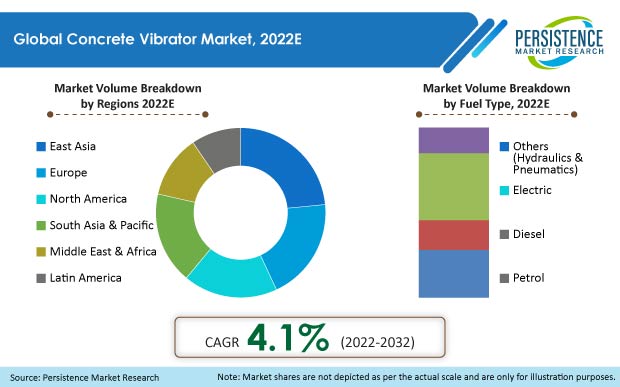 Major investments are being made in megaprojects to create smart, sustainable cities by some of the largest corporations in the world. Since these cities are more complex and linked than a majority of other projects, they call for extensive planning and development before construction even begins.

These initiatives, which will cost anywhere from tens of billions to well over a hundred billion dollars, are expected to have an impact on the economy, strengthen infrastructure, and benefit the environment.

Although the pandemic caused a statistical aberration in the building sector, the future remains mostly optimistic. After a slow start, development is predicted to pick up throughout 2022 as the global economy begins to recover from COVID and new economic hubs continue to emerge and expand.

As per Persistence Market Research, infrastructure is increasingly the key to converting low- and middle-income countries into emerging or developing nations. These nations face a variety of developmental concerns, such as growing urbanization, the danger of changing climate, and natural catastrophes. The infrastructure sectors of water, transport, energy, and information and communications technology have emerged as true agents of change to meet these concerns.

Over the next few decades, urbanization will be the main driver for infrastructure investments, both in industrialized economies and in emerging nations that are experiencing rapid urbanization. 56% of the world's population now call cities home. That number will have increased by 2030.

This increase will necessitate ongoing infrastructure investments in ports, airports, water, power, and telecommunications, as well as in trains, highways, bridges, and other areas, opening up enormous potential for multinational contractors and their local and foreign suppliers.

Why is China a Huge Market for Concrete Vibrators?

Projects for water supply and treatment facilities, urban metro systems, road upgrades, and the construction of public parks are all part of the government's 13th five-year plan. According to projections, these actions will strengthen the building industry, which will drive demand for concrete vibrators.

The country's strong commercial and industrial sectors are driving demand for infrastructure, which is expected to parallelly push the market for concrete vibrators and concrete pokers as well.

Will India Be a Lucrative Market for Concrete Vibrating Machine Manufacturers?

India's construction market has been expanding significantly since the turn of the millennium. It is anticipated that this expansion would carry on and have a significant impact on the Indian economy.

Several megaprojects are happening right now in the U.S. Nearly every industry in America has billion-dollar initiatives, including those in the fields of research, aerospace, energy, infrastructure, rail, transit, and transportation.

There is also zero emission of pollutant gases by electric concrete vibrators. These are exceptionally lightweight and convenient to use on job sites and they provide more torque than conventional vibrators. Due to the high duty, they emit no diesel or gasoline fumes and come in a variety of lengths, and are excellent for use in confined spaces.

As per Persistence Market Research, the building construction industry will be driven by rising demand and a housing rebound. Over the projection period, this is likely to drive up demand for concrete vibrators, especially in South Asia Pacific and North America.

In certain locations, housing demand has been much greater than supply. The development of large-scale infrastructure projects is growing in the countries of South Asia Pacific as well as North America.

Demand for internal concrete vibrators is set to rise the fastest over the coming years.

Building construction is projected to create an incremental opportunity of US$ 87.5 Mn between 2022 and 2032.