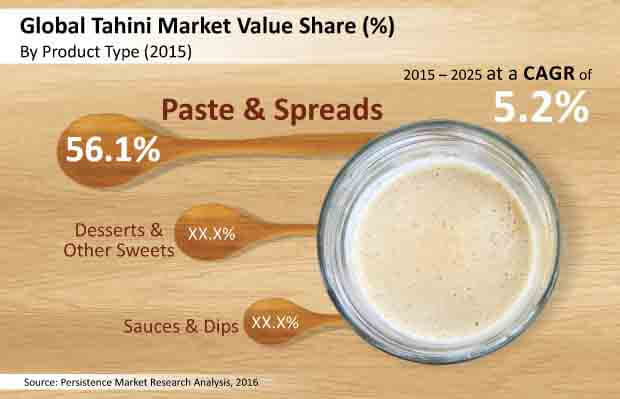 Increasing popularity of halva and halva bars as a dessert is projected to drive growth of the global tahini market, especially in North America and Europe regions

In terms of revenue, other sweets sub segment is expected to dominate the paste and spreads segment