Phytosterols also called as plant sterols are cholesterol-like molecules which are predominant in plants including whole grains, fruits and vegetables. Various phytosterols ingredients are typically insoluble in water due to which it’s difficult to incorporate them into various food and beverages formulations.

Therefore, there is a need for water soluble phytosterol ingredient that makes it easier for manufacturers of food and beverages industry to incorporate them into various products. Microencapsulation is a technique wherein small solid particles, liquid components or gaseous materials are coated or entrapped within another shell material.

Microencapsulated phytosterols are not only used in food and beverages industry but also finds its application in dietary supplements market space which is one of the fastest growing functional food category. Today consumers are looking for food products with functional benefits besides the basic nutrition which has resulted in growing demand for functional food and thus the market for microencapsulated phytosterols.

Reasons for Covering this Title

Risk of cardiovascular diseases is accelerated by high levels of cholesterol which is pushing manufacturer of food and beverages industry to incorporate healthy plant sterols in their food products thus, contributing towards market growth of microencapsulated phytosterols.

Furthermore, increasing population with growing number of health concerns has contributed towards rising demand for functional food and nutritional supplements, where it is desired to have microencapsulation technique approach. This will further expand the global market for microencapsulated phytosterols in the near future.

Mortality Trends of Coronary Heart Disease in Urban and Rural Areas in China, 2002 – 2014 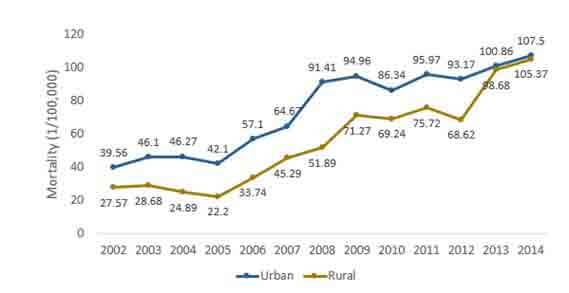 Prevalence of Cholesterol By Age Group in Australia, 2010 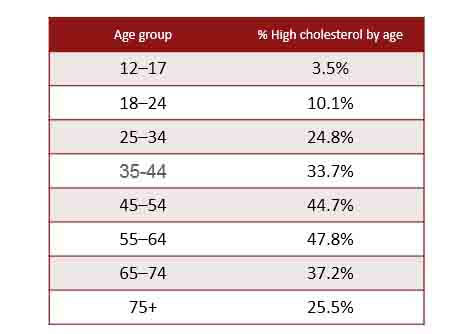 Furthermore, as the population across the global economy rises the chances of developing cardiovascular diseases also increases thus, pushing the need for increasing number of manufacturers to bring innovative products such as microencapsulated phytosterols in the market place.

For example, For instance, more than a quarter of the population in Japan is over the age of 60 years, which is on track to reach 40 percent by 2060. This is expected to provide opportunity in the global microencapsulated phytosterols market in the near future.

A modelling-based approach and triangulation methodology will be followed to estimate data covered in this report. A detailed market understanding and assessment of the nature, product type and end uses of the product segments covered in the study is followed by carrying out a demand-side approach to estimate the sales of target product segments, which is then cross-referenced with a supply-side assessment of value generated over a pre-defined period. The statistics and data is collected at a regional level, consolidated and synthesized at a global level to estimate the overall market sizes.