Different types of pregnancy detection kits are present in the market whereas these kits required minimal healthcare professional assistance for completion of test with high accuracy outcome that is one of the major factors which increases demand of pregnancy test kits. According to the Health Survey, Majority of women takes combined hormonal contraceptive among those women population who have used pregnancy test kits. The government of different countries initiated various program such as family planning program which including planning, delaying and spacing pregnancies. Subsidies birth control contraceptive available in high population density areas which are linked to improved birth outcomes for babies. 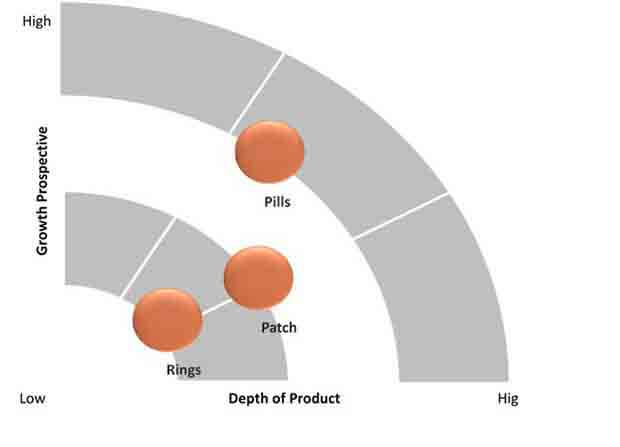 Some of the key participants identified in the global combined hormonal contraceptive market Agile Therapeutics Inc., Actavis Plc, Bayer Healthcare, Teva Pharmaceutical, Pfizer Inc., and GlaxoSmithKline etc. Combined hormonal contraceptive formulations may carry different brand names in different countries or even within the same country. However, home care setting offers a global opportunity to its manufacturers, as these are common over the counter medicine globally.

The report covers exhaustive analysis on:

The market sizing of combined hormonal contraceptive will be done by experimental techniques such as patient-level data, to obtain precise market estimations and insights on Molecule and Drug Classes, API Formulations and preferred modes of administration. The demand-side approach will be followed to assess the actual market size of combined hormonal contraceptive. Secondary research is used in the initial phase to identify the feasibility of the target drugs categories and its respective segments, product and service offerings, adoption rate and future impact of new drugs. Additionally, per capita consumption of drugs, key treatment pattern, adoption rate and clinical application of drugs among end users is tracked at a granular level to obtain the most accurate information. Each piece of information is eventually analysed during the entire research project which builds a strong base for the primary research information Primary research participants include demand-side respondents such as, physicians, surgeons, nursing managers, clinical specialists, as well as key opinion leaders in addition to supply-side respondents such as drug manufacturers and pharmacist who provide valuable insights on trends, purchasing patterns, compliance rate and associated pricing.